Under dram shop laws, businesses that sell alcohol can face civil liability for injuries that their intoxicated patrons inflict on third parties – even after those patrons have left their premises, and (in some states) even when the injury caused is intentional.

Within the U.S., laws that impose potential liability upon businesses that sell alcohol for injuries caused by their patrons are usually called dram shop laws or dram shop acts.

What are Dram Shop laws?

Generally, dram shop laws establish the liability of establishments arising out of the sale of alcohol to visibly intoxicated persons or minors who subsequently cause death or injury to third parties (those not having a relationship to the business that sold the alcohol) as a result of alcohol-related car crashes and other accidents.

States that do not have dram shop laws include Virginia, South Dakota, Nevada, and Maryland.

California has enacted a law specifically prohibiting civil liability of people, bars, and alcohol retailers that serve alcoholic beverages to those that subsequently cause injury or death to others. 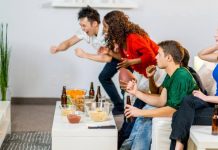 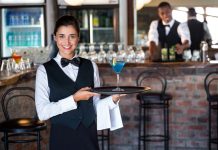 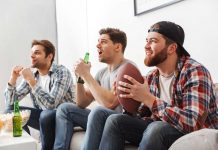 Food Safety Attention While Eating Out

Dinner and a movie date night? Ditch the leftovers, not your date!  Remember, leftovers are only safe for 2 hours at room temperature and won’t last through a movie - and only 1 hour if the temperature is over 90°F. After that time, bacteria growth can occur and cause food illness. Likewise, during warmer months bacteria multiply faster – so keeping food safe is more challenging.

Summer's almost over and it's time to plan for one last long weekend party. But remember, it's still warm - so that presents increased food safety dangers. Savor the end of summer with good food and friends - and not a foodborne illness.

Ready to start grilling hamburgers? Bacteria is of special concern with ground beef - because when beef is ground - more of the meat surface is exposed to potential harmful bacteria. For this reason, ground beef must be cooked to an internal temperature of 160°F, so as to kill all the bacteria and avoid foodborne illness.
© Copyright 2007 . 365 Training and Certification. All rights reserved. No Claim to Orig. U.S. Govt. Works.
A national leading accredited provider of online training, certification, pre-licensing, continuing education CE courses. | Facebook | Legal Notices